MG stands with Orlando and our queer and trans family everywhere

We write this with a heavy heart and tears in our eyes. Movement Generation shares the collective horror, grief, and rage at the massacre at the #PulseNightClub and stands with our queer and trans family in #Orlando and everywhere.

At first we didn’t know what to say. We still don’t. So much has already been written by queer and trans leaders of color who’ve been part of the long, fierce history of queer resistance and resilience in the Bay and beyond. But we also know how important it is to hear from loved ones, so we want to say this to the MG fam. 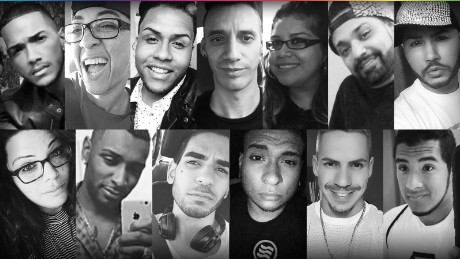 Some of the victims of the #PulseNightClub shooting in Orlando.

Mass violence is not new to this country. It is the very foundation on which it is built – from genocide and slavery to mass incarceration and police brutality. At the same time, systemic violence and physical brutalization is a daily reality for many queer and trans people – from being evicted, fired, locked up, and deported to daily harassment and the 12 trans people killed in the U.S. so far in 2016 alone, including 20-year old Black trans woman Goddess Diamond, just recently murdered in New Orleans on June 9th.

This is nothing new – the system has the blood of our queer and trans family on its hands everywhere – and yet, this tragedy brings it home in a new way. This is also a multi-layered attack – not only a homophobic attack, but specifically targeted at Latin@ and QTPOC (if you don’t know, now’s the time to look it up). This attack demonstrates an intersection of hate. We need to respond with an intersection of love and solidarity.

As we seek avenues to channel our grief and outrage, we must not let the fight against homophobia and transphobia support and legitimize Islamophobia.

Queer community is a living, breathing embodiment of “un mundo donde quepan muchos mundos” (a world where many worlds fit), como dicen los Zapatistas. The loss of queer life is a loss of precious knowledge that only queer folks, only queer/trans Latinx folks, only QT immigrants can know. And this loss of life represents an unknowable loss of knowledge that we all need in order to survive and thrive. Nature continually encourages us to understand that we do not live in a binary world. When we are in right relation with the natural world, we see and recognize the enormous diversity of gender, sex, sexuality, and exuberant expression that abounds in living beings.

Our duty is to expand and defend that precious knowledge and those sacred spaces everywhere we walk – our families, our schools, and yes, our bathrooms.

The violence in Orlando is also the result of toxic masculinity. We need to acknowledge that this is a particular masculinity created by colonialism, a masculinity designed and needed to carry out the massive colonial violence against bodies, land, and Mother Earth.

Dealing with the burden of this violence should not only rest with queer and trans folks. Those of us who are straight need to step up our love and fight for our queer families and communities. We only get free when all of us are free.

To our queer and trans family, we see you. We love you. We commit to stepping up.

We stand with and follow the leadership of our comrades at #BlackLivesMatter, Familia: Queer Trans Liberation Movement, Southerners on New Ground, Queer Ecologies Project, and our many queer comrades here in the MG family.

Filed under: Blog, Uncategorized by Movement Generation
Comments Off on MG stands with Orlando and our queer and trans family everywhere