Talks collapsed today. NGOs (mainstream NGO’s we don’t trust) did a sit-in in the lobby of the Bella Center because they were excluded from the inside; the delegates from G77+China did a “formal walk-out”, I understand, and that halted the formal negotiations. 200 people marched out of the Bella Center, including IEN and the bolivian delegation to meet the Reclaim Power March, which we were a part of, for a Peoples’ Assembly.  Basically, the thing is falling apart. They are trying hard to package REDDs as a success story, but it is evil and we will kill it in Mexico City if they craft language on it here.

They may try also to package a “political agreement” which is basically nothing legal or binding and nothing with any operational commitments. Basically, the whole thing is a flop. Flopenhagen.

and that’s good. We’ve shown that we can stop the talk, stop false solutions and now we have more time to build our power, from the base and advance our roadmap of real solutions forward going. Always uphill, but this is definitely a victory.

Here’s a fun picture of me. I’m the Indian on the ground under the riot cop. No worries, I’m fine, just lost my phone, with a lot of minutes on it. 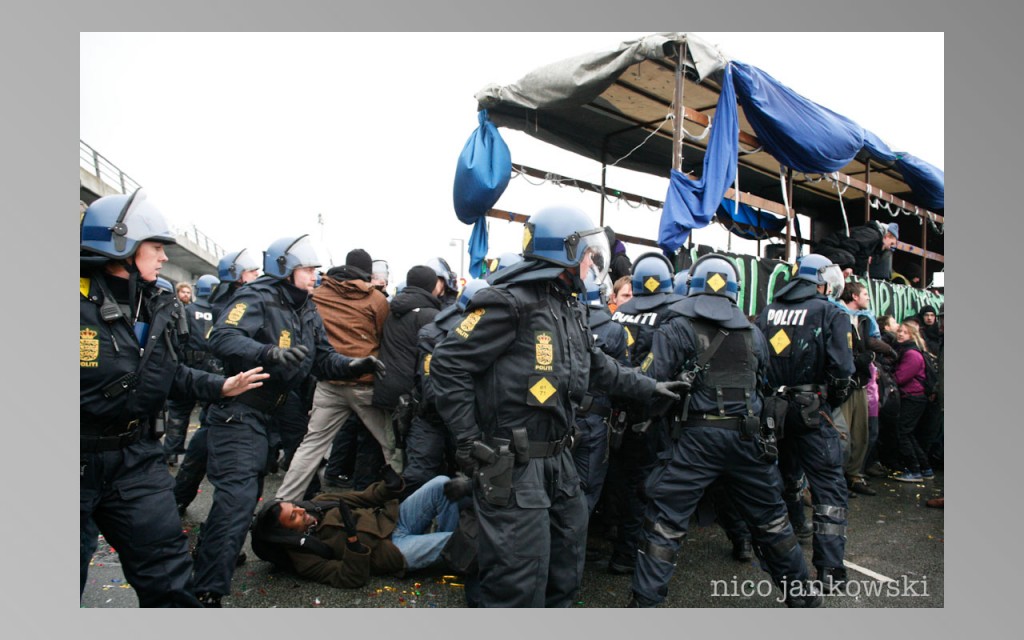 ← Peace, Justice, Development and Climate Negotiations in Copenhagen What’s At Stake In Copenhagen | by MG →