On Juneteenth 2017 (Monday, June 19th) Black people across the country will be taking back land and reclaiming space, from vacant lots to empty school buildings.

This Call to Reclaim is an intervention to shift the national narrative to incorporate both reparations from a land-based lens as well as to assert that land is essential in the fight for self-determination and liberation for Black folks. We call for a return of accumulated wealth to Black people in the US and Black people across the diaspora. We call for a release of stolen land. We vow to work with integrity and build partnership with those whose lands were stolen and with the land itself. We vow to continue the struggle, to build Black community, institutions, and power until Black folks are returned what is rightfully theirs. Through these actions, we will confront the institutions that have been built off the extracted wealth of Black people and Black land and the individuals who have profited from them.

The Black Land and Liberation Initiative is anchored by the BlackOUT Collective, Movement Generation, and a diverse cohort of Black organizers from across the country. Juneteenth is the culminating Day of Action of this 18-month program! Learn more at blacklandandliberation.org.

Watch this 3 min video that captures why we are reclaiming land and housing on Juneteenth.

How to plug in for Juneteenth: 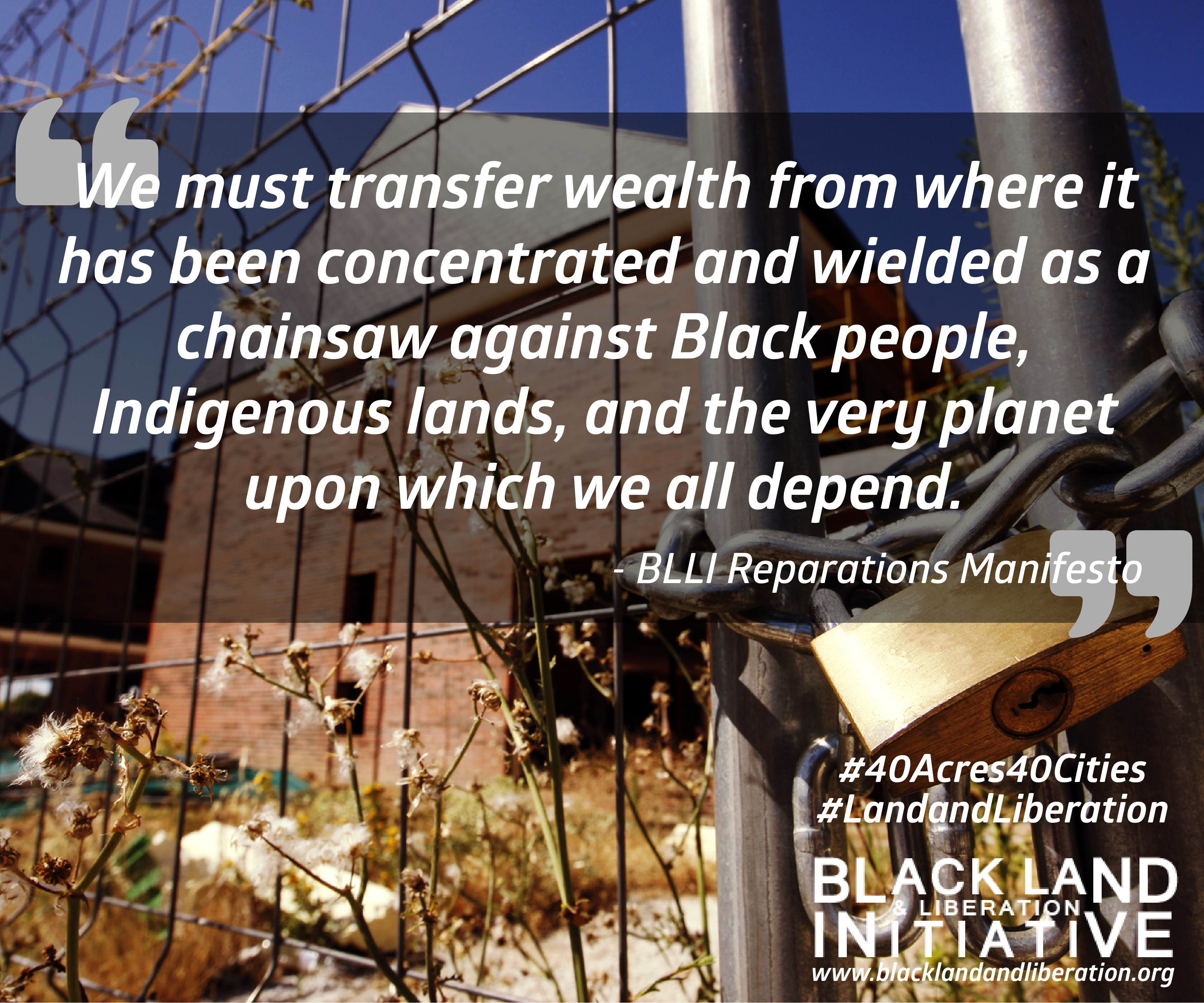 ← Worker Wisdom in a Changing Climate: Melissa Stoner: A Union Member Standing in Solidarity with the People of Standing Rock #NoDAPL Transition Is Inevitable, Justice Is Not: A Critical Framework for Just Recovery →