The Occupy The Farm Film Premiere! 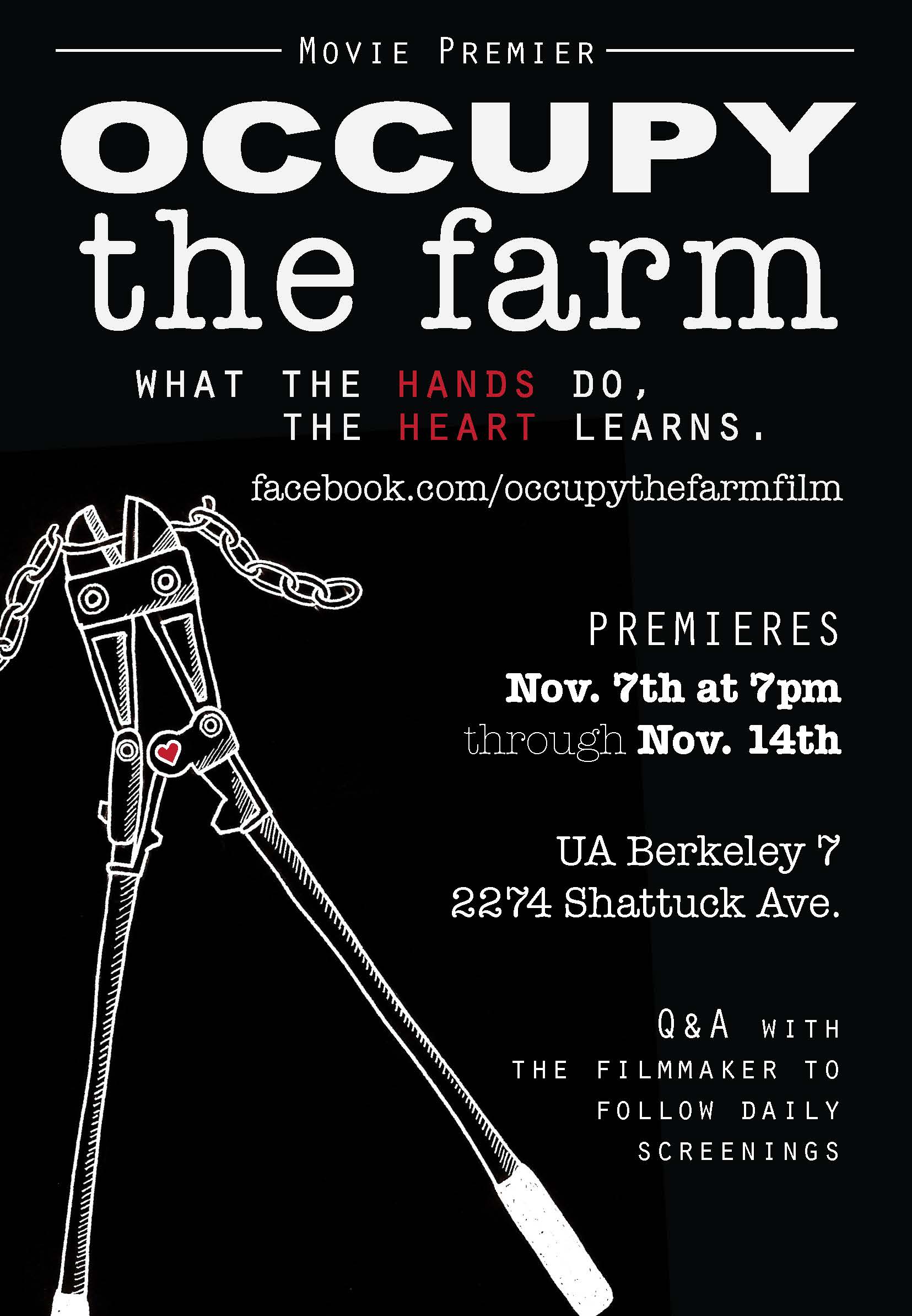 Opening night will feature a Q&A

Open Daily:
November 7-13
@ UA Berkeley 7
Don’t miss the Bay Area premiere of the Occupy The Farm film! MG was proud to join arms (and shovels) with the fierce organizers of Occupy the Farm two years ago – when they enacted a powerful show of what a visionary and oppositional action could look like here in the East Bay. On Earth Day 2012, two hundred people marched up San Pablo Blvd to the gates of this publicly owned farm in the middle of the urban East Bay.  They didn’t just carry signs protesting plans by the owner, the University of California, Berkeley, to build a shopping center and housing on this land. They carried tents, tools and 15,000 seedlings.  They clipped the padlock off the gate and marched onto the fields. What happened next altered the fate of the land and introduced a new strategy for successful activism.
See the film, which features MG’s Gopal Dayaneni, and many others that took leadership in this inspiring action. With a strong showing for the opening shows in Berkeley, we’ll help the filmmakers get the film to many more locations across the country!
Check out the trailer here on the Facebook page! and follow OCCUPY THE FARM on Facebook!
Showings in other cities this month:

Filed under: Blog by Ellen Choy
Comments Off on The Occupy The Farm Film Premiere!