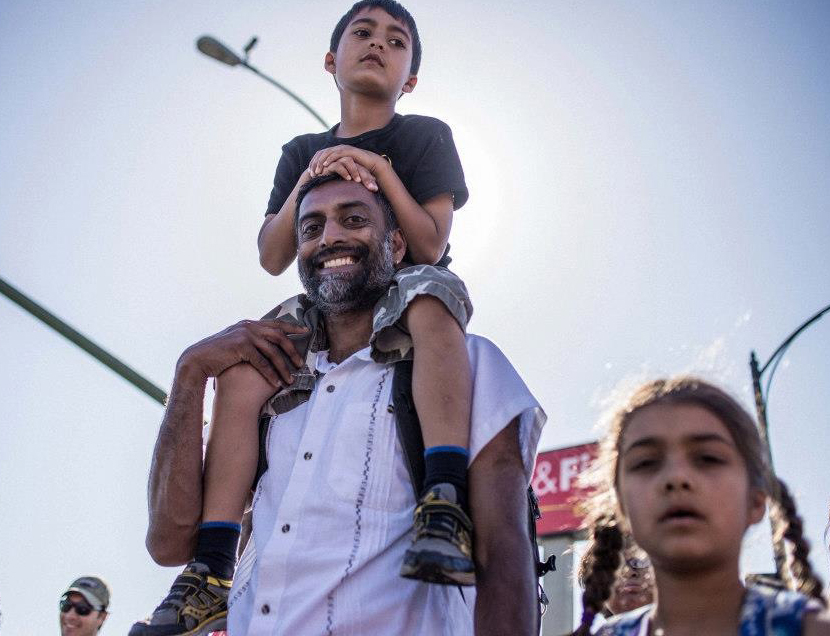 Congratulations to our brother Gopal, who has officially began his 6-month sabbatical! A well-deserved break, Gopal has been giving 9+ years of hard work and dedication to Movement Generation – ever since he joined the planning committee as a volunteer in 2007. And of course he’s also been throwing down with many other organizations, movements, and comrades during this time. We are excited to send him off with many blessings and excitement!

Gopal will be on sabbatical now until May 2017. And his family has big plans: Gopal, his partner Martha, and their two kids Kavi and Ila are all moving to India for most of that time! They will be spending most of their time in Krishna District, Andhra Pradesh – where Gopal’s family is from, and where the family has close friends. They will also be spending time traveling throughout India, and maybe other places.

Bon voyage Gopal and family! Enjoy your time off and see you next year.

Filed under: Blog by Ellen Choy
Comments Off on Gopal Begins His 6 Month Sabbatical (Abroad)!