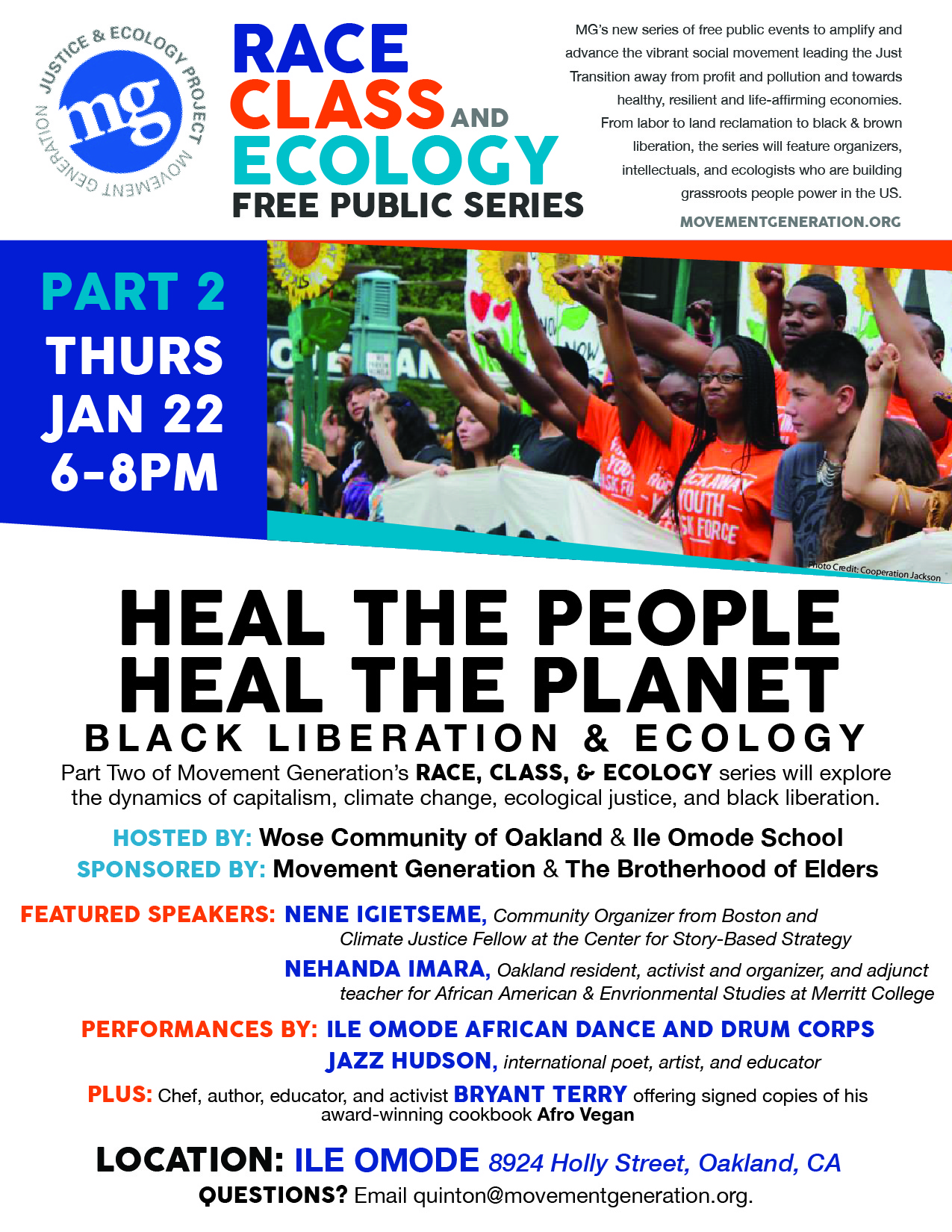 Join us for Part Two of MG’s Race Class and Ecology Series:

Heal the Planet, Heal the People
Black Liberation and Ecology 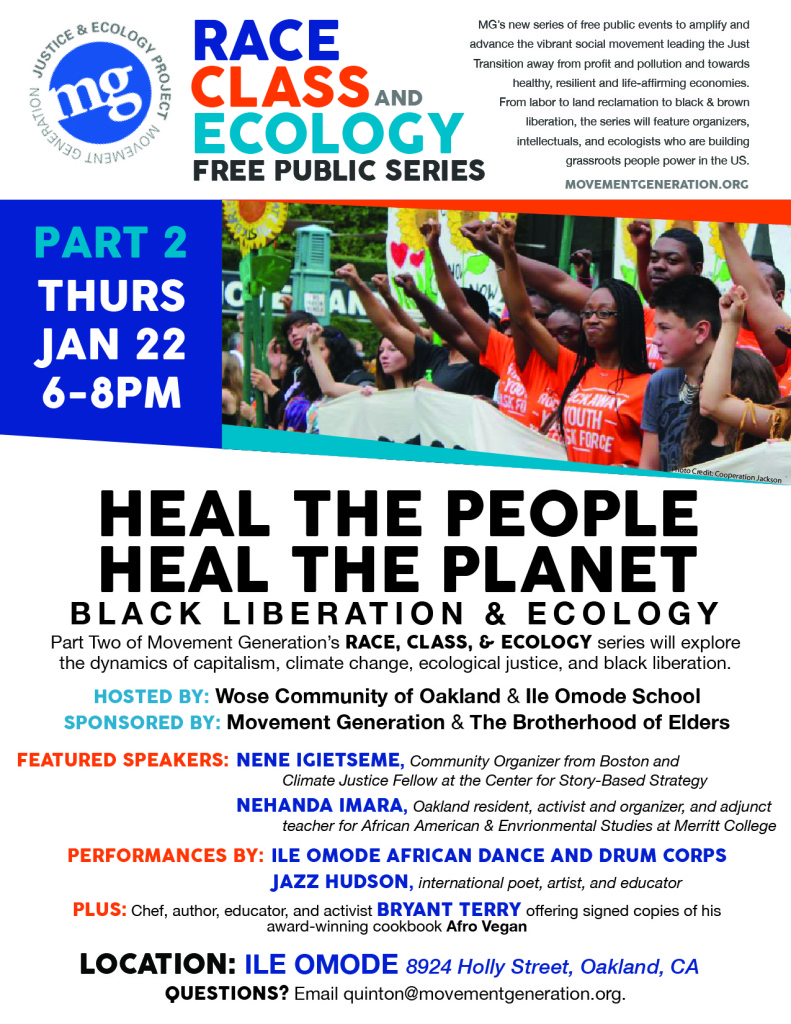 Sponsored by:
Movement Generation | movementgeneration.org
The Brotherhood of Elders | brotherhoodofelders.com

2014 was an amazing year for Movement Generation as well as the larger movement for Justice and Liberation of our people and our planet. We come into 2015 inspired, motivated, and excited by the bold and beautiful actions taking place across the country to say that #BlackLivesMatter. We are especially proud of Oakland based groups -like the BlackOut Collective – that have engaged in powerful actions such as shutting down BART on #BlackFriday and disrupting privilege as usual with #BlackBrunch demonstrations.

As ecological justice organizers we’re clear that the chaos of Climate Change- from Hurricane Katrina to Super-storm Sandy to severe drought in East Africa – has hit Black and Brown communities first and worst. Therefore, we believe that the global liberation of black people is essential to the preservation of life on earth in the face of Climate chaos*.

Join us on Thursday, January 22 at Ile Omode school to discuss Black Liberation and Ecology during “Heal the People, Heal the Planet” our next event in the Race, Class, and Ecology series where we will explore the dynamics of capitalism, climate change, eco-justice, and Black liberation.