We are so incredibly proud that our sister/comrade Michelle Mascarenhas-Swan has been chosen as a 2017 Ashoka Fellow! She has done fierce, powerful work for decades – include one decade with MG! – that has always been led by love and humility and by uplifting the power of those around her. We are thrilled she is receiving this well-deserved recognition. We are also very proud that in doing so, she is uplifting the incredible communities and movements that she and MG work with on the daily, including the Our Power Campaign, Climate Workers, Black Land and Liberation Initiative, and many others. 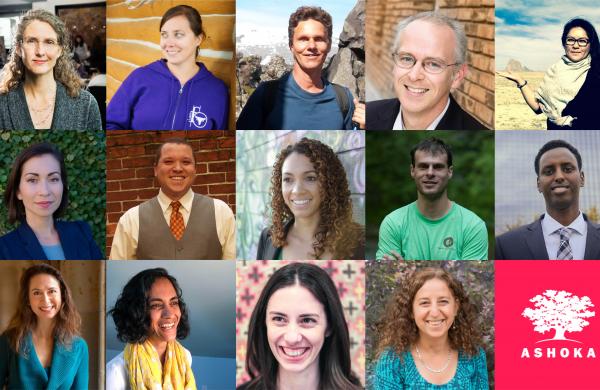 From Ashoka’s website: “The elegance in Michelle’s approach is that she’s doing all this work, all at once, and across the full ecosystem, from the first-time changemaker to the long-standing funders. She’s making it happen now, and creating a living, learning laboratory… The Movement Generation network has shown that it is possible to build the things that inspire hope in a new economic model and show that the communities that are at risk of losing the most during this time of dramatic transition are able to skillfully and carefully (as in full-of-care) lead the transition.”
Ashoka has adopted a new “Everyone a Changemaker” slogan and we are excited to see more grassroots organizers join that growing network.
Visit Ashoka’s website to learn more about the fellowship.

Filed under: Blog by Ellen Choy
Comments Off on Congratulations Michelle! Announcing the 2017 Ashoka Fellows