On the eve of this week’s United Nations Climate Summit in New York — and the accompanying mass protests in the streets — Movement Generation is proud to present a new comedic video with legendary rapper and activist Boots Riley of
The Coup.

“Brother Earth: The Final Communiqué” pairs Riley with MG’s own Josh Healey, as they deliver a hilarious, passionate plea to address our global ecological crisis. In the video, Riley takes on the character of our planet – specifically, a militant, trash-talking version known as Brother Earth. Together with his #1 hype man The Sun (Healey), Brother Earth delivers a brilliant, scorching call to action to people everywhere: Help a brother out. Save the planet, and in the process, maybe we can save ourselves.
“This isn’t just about helping Brother Earth,” said Riley about why he wanted to do the video. “This is about helping our own brothers and sisters who are struggling to survive right here and now. The same corporations and politicians who are exploiting people – from Oakland to Detroit to Gaza – are the same ones exploiting the planet. It’s on us, the people, to stand up and build a new path. Change the system, not the climate.” 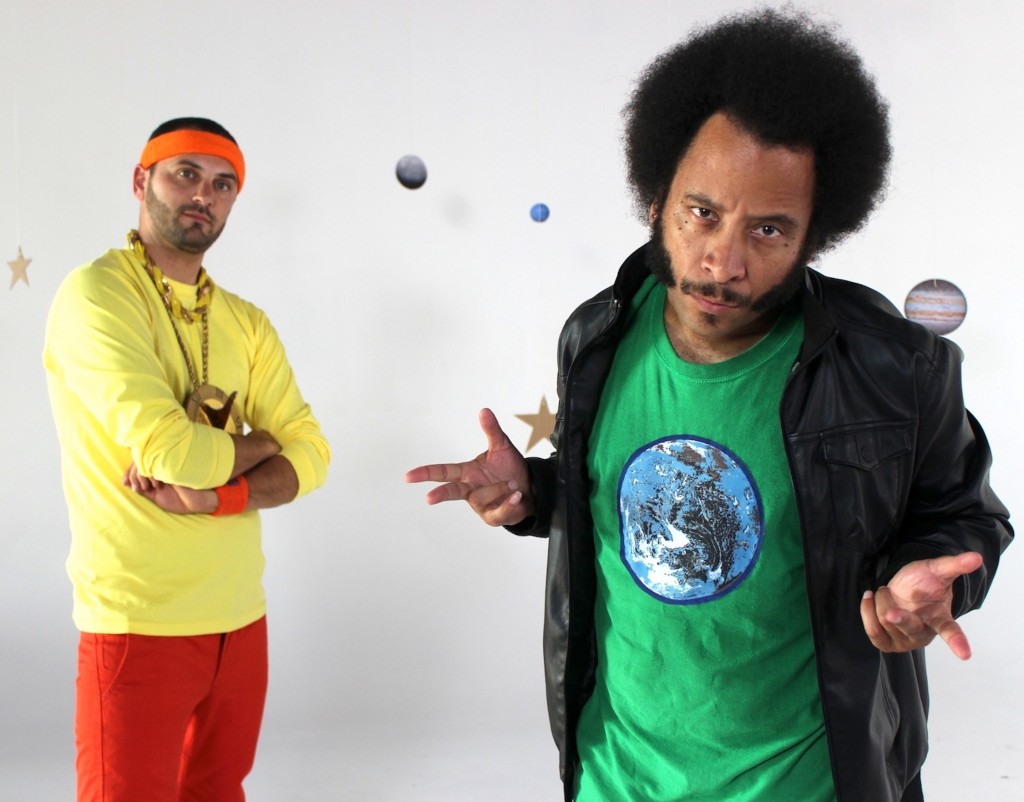 Brother Earth and The Sun, aka Boots Riley (right) and Josh Healey (left)
Movement Generation is releasing the video to amplify the people-powered mobilizations against the UN Climate Summit taking place this week in New York. As the summit looks to be another step towards the corporate takeover of the UN negotiations and the privatization of our land, water, and air, the People’s Climate March will be outside in the streets, staging the largest climate justice rally in U.S. history. We will be there with the Our Power Campaign to represent as communities of color, workers, and frontline communities creating grassroots solutions to the climate crisis. Solutions…and ridiculous online videos.
“Comedy opens people up in new ways,” said Healey, who wrote and produced the video. “Hopefully this video will make people laugh – and make them think. Climate chaos is not just the great crisis of our time, but a beautiful opportunity to change who we are as a people. Right now, corporate capitalism and fossil fuels are feeding an economy of death. We have the chance to build an economy for life, for our peoples and for the planet. I don’t know about you, but I prefer life.”

Be part of the People’s Climate March in New York.
Connect with the Our Power Campaign in NYC and around the country.
Build a Just Transition for all.

Please consider helping us improve by filling out this short, optional survey