And The Winner Is…

MG is excited and honored to accept the 2015 Oakland Progressive Party Townie Award for “Eco-Warrior”! Thank you Oakland Rising and supporters for this great honor. We are humbled to be awarded alongside other amazing groups and people – including Eastlake United for Justice and the Black Friday 14. Come join the party on Thursday June 18th (on the Kaiser rooftop!) where we will accept the award and celebrate the many other freedom fighters and progressive leaders doing so much work to fight for a just and equitable Oakland. 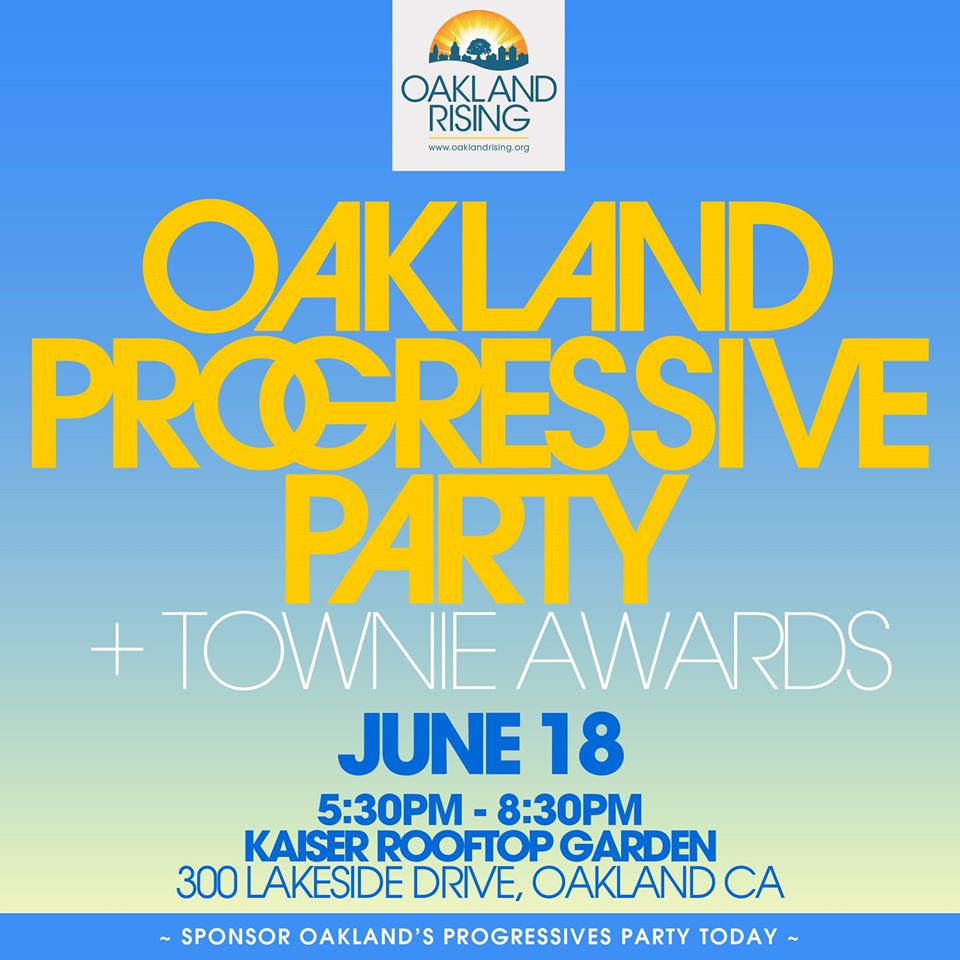 Here’s more from the Oakland Rising website, including the other winners:

Every year members of the Oakland Progressives Party Co-Host Committee are charged with nominating and voting for Oakland’s most progressive organizations, activists and elected officials.  This year, our Co-Hosts’ nominations and votes say one thing about this moment in Oakland’s progressive movement: Direct Action is Progress in Action.

We have never announced the winners of the Townie Awards before the event before. But this year’s party is unlike any other party that has ever come before it. We want to lift up this year’s Townie Award Winners before the event so that you can join us in celebrating Oakland’s most progressive organizations and activists, and their commitment to working on the cutting edge of the nation’s most pressing issues of our time.

We are proud to announce the 2015 Oakland Progressive Party Townie Award recipients:

This year’s Oakland Progressives Party is sure to be filled with powerful testimonies from this awe-inspiring group of Townie Awardees.

Be sure that you have a front row seat by purchasing your $40 general admission ticket today!

Filed under: Blog by Ellen Choy
Comments Off on And The Winner Is…